Rüfüs Du Sol, the award-winning alternative dance group from Australia, is on the second leg of their 2021 tour around North America.  Throughout the course of this tour, they’ve performed at a vast number of noteworthy venues and festivals including Red Rocks Amphitheater in Colorado, and at Governors Ball in New York City.  ChoiceLIVE has had the pleasure of helping them to elevate their performance with stunning visuals. 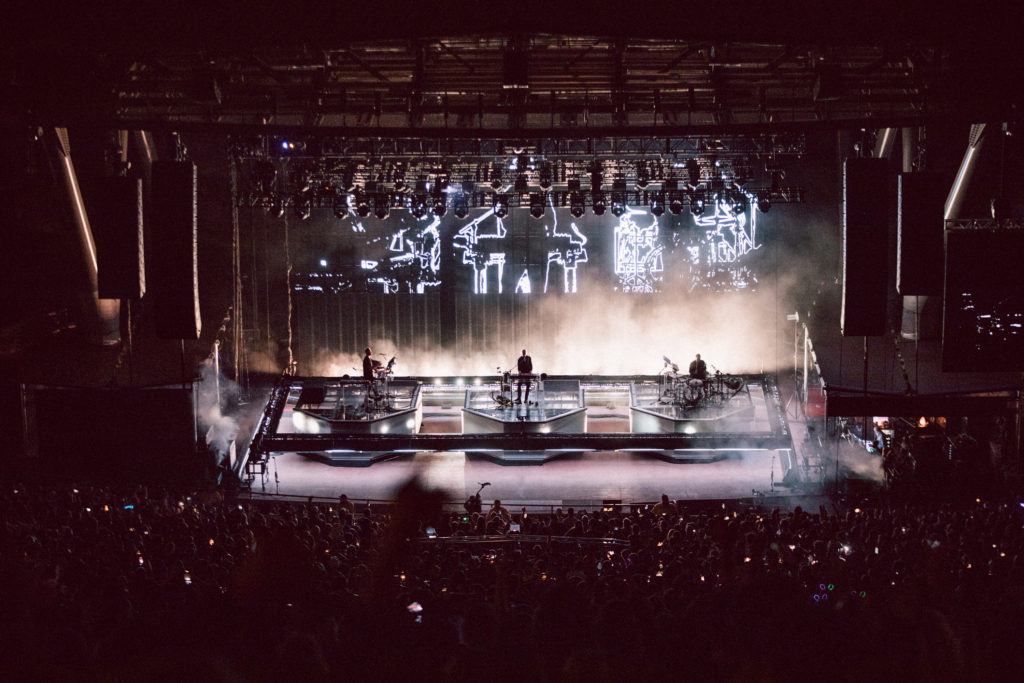 The bulk of the visuals are being run by our Disguise GX2C media servers.  These servers house graphics provided by the band that flawlessly sync to their music.  The graphics are being displayed on LED behind them as they perform.  Supplementing the trio’s graphics, ChoiceLIVE is providing a full IMAG production for house screens.  We’re using three, manned, Sony HDC-1500Rs with 55x and 82x lenses, as well as three Marshall CV343-CSB POV Cams on the stage.  All the signals are compiled and routed through a Flypack built around the Panasonic AV-HS6000 switcher.  This video feed is being sent to our media-servers, which is being processed by Notch, to add real-time visual effects. 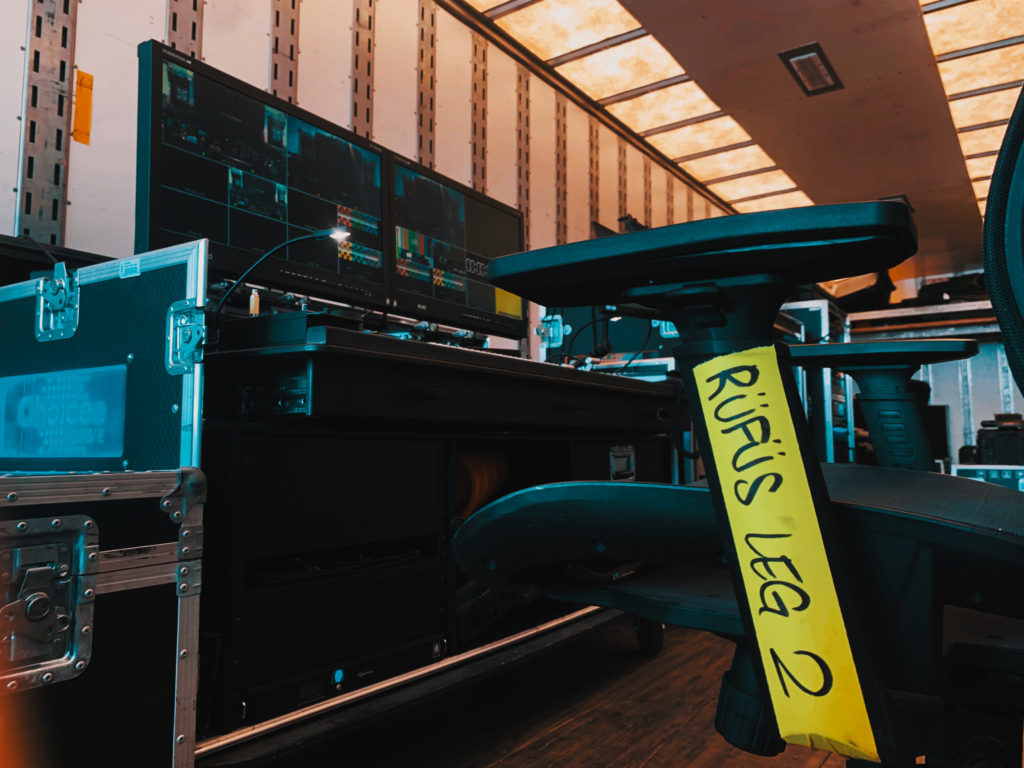 Our crew consists of Wavy Dave Mandlowitz, who’s acting as Director as well as Joe Finney who is acting as Disguise Operator.  Upcoming tour dates are available here.