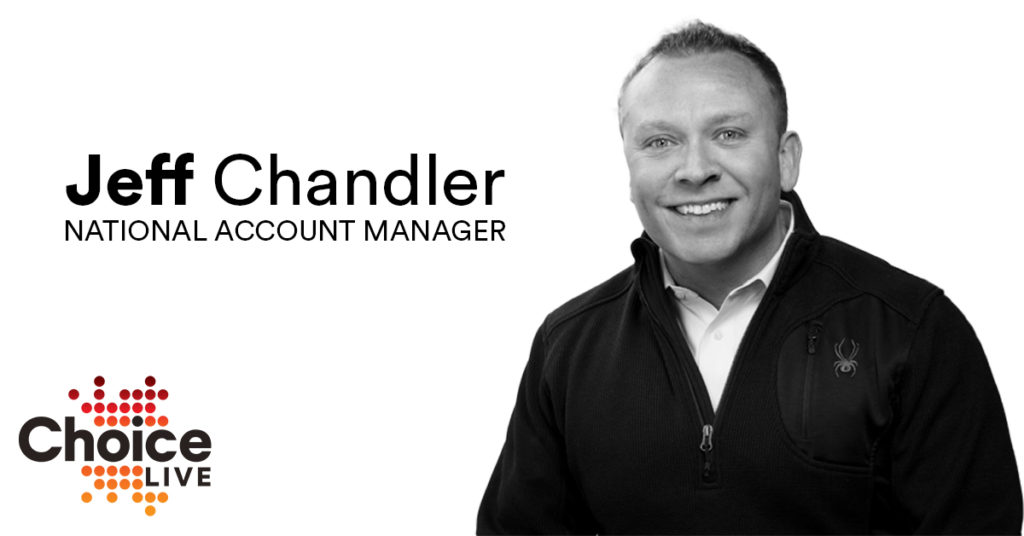 We’re excited to announce that Jeff Chandler is joining our team as National Account Manager!

Jeff has a long history of producing events across a variety of industries. His unassuming introduction into the event world happened while he was bartending at Kilroy’s during his undergrad study at Indiana University.

Life in the spirit industry led him to eventually be recruited by a local distributor who represented brands such as Jack Daniels, Woodford Reserve, Grey Goose, Bacardi, to name a few.

His role as an on-premises coordinator put him at the forefront of launch events for several major brands.

When asked what he was looking forward to most about his new role at ChoiceLIVE, he said:

“Live events are back! I’m ready to get out there and help sell and produce them. I love to network, and the best way to network is when you’re doing events.  I’m looking forward to tapping into the variety of industries that ChoiceLIVE serves.” – Jeff Chandler