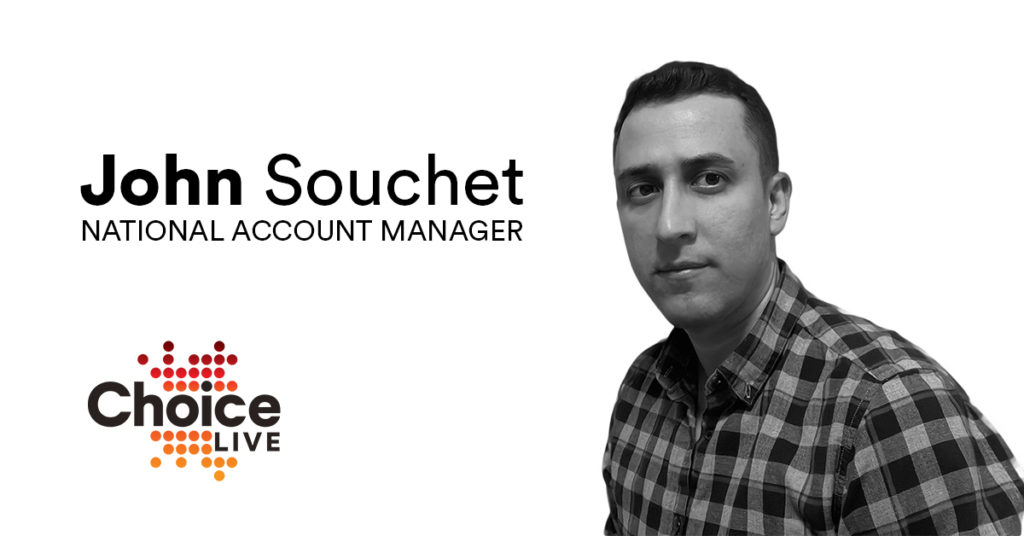 We’re excited to announce another great addition to our team, John Souchet!

As a company that began specializing in video, it’s no coincidence that many of our team members are film buffs. The same is true about our newest team member, John Souchet.

John’s career in the events industry sprung from a childhood infatuation with Martin Scorsese. After growing up in Queens, he decided to study film at Penn State. His drive to make movies landed him a Stage Manager role at the legendary Kaufman Astoria Studios.

His eventual shift into the world of events happened when he took a job as the in-house AV provider at a hotel in New York City. There, he gained valuable real-world experience working with producers and meeting planners and the technology necessary to support their goals and objectives.

His career grew from there to account management, and then, recognized as a forward thinker, John received a promotion to a leadership role.

“John has a fantastic sense of pride for the organizations he has worked with, and the relationships cultivated over the years, especially during the pandemic. I’m looking forward to seeing him apply that same sincerity and personal commitment that has made him so successful in our industry.” Said Jason Cataldi, VP of Business Development.

When asked what he was looking forward to most about working at ChoiceLIVE, he said: